Waking up the world together!

Wake up to good news, inspiration, and positivity.

so they can live their best lives starting today.

Viewed through the lens of 3 host perspectives,

Lala Land goes beyond the borders of LA

appealing to a global community of dreamers, believers, and do-gooders.

grab your coffee, and have some fun with us each morning! 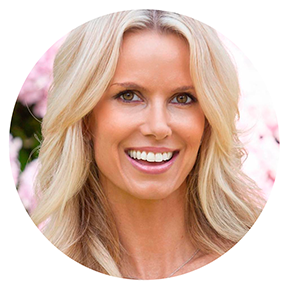 Dr. Erin Fall Haskell (“Dr. Erin”) lives in Los Angeles and is the creator and host of Good Morning LaLa Land. She has been featured on the cover of magazines, radio, and ‘as seen on’ NBC, CBS, FOX, and ABC. She is the author of Awakening: A 40-day Guide to Unleashing Your Spiritual Powers, Life’s Purpose, and Manifesting Your Dreams! Her mission is to awaken a billion people globally to their divinity while teaching them how to reprogram their subconscious, align with their personal truth and universal laws, and create a daily spiritual practice. Dr. Erin mentors people one-on-one on a body, mind, and spiritual level. She believes that when someone awakens, they naturally have a gift and message to bring to the world. After many years of working with a wide range of clients; from top celebrities to single mothers, her programs are now available to everyone. Dr. Erin believes that the route to happiness and fulfillment is not just knowing the truth, but living the truth! “There are moments in life when something happens, life alters, and your entire perception transforms instantaneously.” For Dr. Erin, that moment was 22 years ago when she was holding her stillborn son in her arms, just after giving birth to him. “Tears were streaming down my face as I looked at his beautiful body and realized his body was still there, but he wasn’t. I realized he wasn’t his body; he is a spiritual being. One can conceptually understand that we are not these bodies, but I got it on an entirely different level, my entire world crumbled, delivering me to spiritual revelation.” This sent her on an intense spiritual quest traveling around the world, discovering truths, and learning how to live and embody the truths that had been revealed. You can learn more about Dr. Erin and her programs by visiting ErinFallHaskell.com 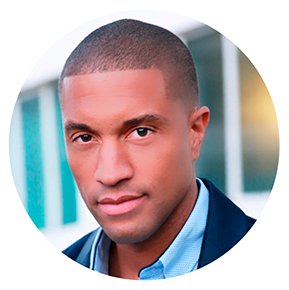 Robert’s first book, “Happiness from the Inside Out: The Art and Science of Fulfillment,” has been translated into several languages, including Chinese. Robert’s work has been endorsed by Oprah Winfrey and Vanessa Williams, among many others. In addition to serving as a Celebrity Love Coach for both seasons of the television show, Famously Single, on E!, Robert has been a featured guest expert for shows like The Today Show, Good Morning America, Entertainment Tonight, CBS Early Show, The Balancing Act, and AskHer.com… and for magazines like Self, Health, Glamour, Cosmopolitan, and Upscale. Robert has also served as a National Media Spokesperson for Microsoft and Carnival Cruise Lines, and he has been an Executive & Performance Coach for companies like Facebook, Capital One, FitBit, Buffalo Wild Wings, Deloitte Consulting, Logitech, Plus Consulting, and Falcon Credit Management. Robert was born in Pennsylvania. He was educated at Swarthmore College, where he received his Bachelors of Science in Psychology, and the University of Pennsylvania, where he received his Masters in Applied Positive Psychology (M.A.P.P.), an ivy-league degree held by only a few dozen people in the world. Prior to his current work, Robert worked as a fashion model with Wilhelmina Models & LA Models for brands like Nike, Neiman Marcus, Saks Fifth Avenue, Tommy Hilfiger, Sandals, Polaroid, Toys-R-Us, Macy’s, Kohl’s, Norwegian Cruise Lines, Perry Ellis, and others… and as a professional actor on shows like The CW’s “South Beach.” Robert splits his time between Los Angeles and Miami.